Why England keep failing at major tournaments and how to fix it. 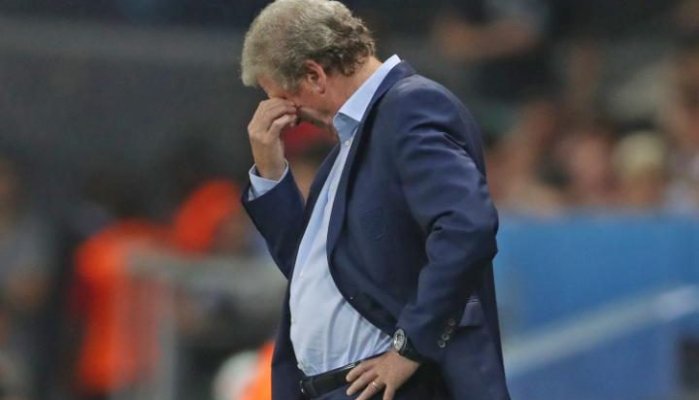 Despite having the most expensive squad, widely acclaimed individual stars and the highest paid manager, England exited from Euro 2016 in one of the most humiliating defeats in our sporting history. Yet, the loss at the hands of Iceland, whose population is the size of Lewisham, is just the tip of a very disappointing iceberg – since 1966 we have only managed to win six knockout games at major tournaments. So how is it that so many talented players have led to so such poor performances?

England has lost its identity

As a PhD researcher in elite team psychology it’s fascinating how often a collection of individual stars fail to make a good team. Although, once you understand the psychological process behind successful teams, it’s easy to see why a team very rarely equals the sum of its parts. My own research, in collaboration with the University of Sussex, the Centre for Team Excellence and world leaders in group and identity processes, Prof Rupert Brown and Dr Vivian Vignoles, has found that having a strong team identity leads to a high performing team. Using a unique sample of amateur and elite level teams including Olympic, Premier League and military teams, our research has also shown that there are potentially six psychological foundations – or what are termed identity motives – that can build a strong team identity. Unlike a recent article I wrote about Leicester’s remarkable triumph, England don’t score well on these six psychological foundations.

Successful teams have a clear and distinctive identity that informs the way they behave – take a look at Italy’s ruthless defence, Germany’s high tempo, Leicester’s counterattacking style or even Barcelona’s Tiki-taka football, the list goes on. The Icelandic coach, Lars Lagerback understood this perfectly: “I would say, the thing that stands out for every successful team, notwithstanding good players, is to have a very clear idea of how to play”.

What’s England distinctive style of play? Despite watching all their games, I still have no idea – I’m not sure even Hodgson knows. We need to develop a distinctive style – perhaps a high pace, high pressing team that represents many premier league sides would be a good starting place. We certainly have the youth and energy achieve it.

Contrast this with Eddie Jones’ England rugby team who has resurrected a clearand distinctive English identity based on power and ferocity. Jones has selected players that exemplify this identity (James Haskel), hired coaches to design and implement a game plan that brings it to life (Defensive coach Paul Gustard’s “Wolf Pack” defence) and given leadership responsibilities to the players that most personify the identity (controversial captain Dylan Hartley, the combative Owen Farrell and one-man demolition machine Billy Vunipola).  Six Nations Champions, a first “whitewash” series win in Australia and an undefeated run in eight tests are the reward.

Successful teams build an identity through continuity from past to present to future. England played some decent football in the opening two matches against Russia and Wales. Yet, with confidence high and momentum gathering, Hodgson then elected to make six changes to the starting eleven. This caused a disjointed display against Slovakia and meant we came second in the group to Wales. Despite having the team for over four years, Hodgson also appears to be none the wiser on his best formation or starting eleven. This lack of continuity has left the team disorganised and unable to build a coherent identity and story.

In winning teams, players have clearly defined purpose that contributes to the success of the team. Ever since Hodgson played Jamie Vardy and Harry Kane as wingers in England’s ill-fated warm up encounter against Portugal, many players appear confused about their role within the team. Against Iceland, Sturridge, arguably England’s most natural goal scorer, was left out on the wing and Alli was deployed wide right, a role he has almost never played for his club team. Having a clearly defined and important role within a team not only makes tactical sense, but it also gives team members a sense of purpose and meaning that builds a stronger team identity. When under pressure, ambiguity around your role is exemplified, leaving some players looking like shadows of their former selves.

This motive relates to how together and inclusive the team is. Whether rumours of a rift between Rooney and Vardy were true or not, the team often looked like a fragmented unit. Once England went 2-1 down against Iceland, they appeared as a collection of individuals that had only just got to know each other the day before. This is quite the achievement from Hodgson, considering that 5 of the stating 11 are from the same premier league side. Re-building a stronger sense of inclusion togetherness will be one of the key tasks for the next manager.

Our research suggests that if members view the team as competent and capable of achieving its objectives, they are more likely to identify with the team. With nothing to lose and having already surpassed their objective, the Icelandic team played with an expression and freedom of a team having fun. By contrast, a wave of panic appeared to seep through the manager and the team in the closing stages of the clash against Iceland. It is perhaps telling that Hodgson was reading from a pre-prepared resignation script only 20 minutes after the final whistle. This from the man who is supposed to be giving a team talk at half time that will inspire players to believe they are capable of coming back from a losing position.

The final identity motive relates to esteem. If team members feel positive and proud to be part of a team, they are more likely to identify with it. With an impeccable qualification record, a brilliant season from most of the players and a fresh young outlook, England should have gone into the tournament with a feel good factor and a sense of pride and enjoyment about representing their country. Instead they lacked confidence and, not for the first time, were frozen by the fear of failure. Not only did Hodgson fail to create a feel good environment within the team, but he also selected players who were clearly low on self-esteem. Take Raheem Sterling as an example, despite the England management worrying about his state of mind and branding himself “#TheHatedOne”, Hodgson still elected to start him against Iceland.

Whoever the next manager is, they need to start by re-building these psychological foundations. We then might start succeeding at major tournaments.