Are these Tell-tale signs the Lions have psychologically checked out?

Warren Gatland’s complaints about unsporting behaviour and cheating from the All Blacks and his decision not to play the “Geography Six’ in the final warm-up game, may have given us surprising insights into the psychological state of the British and Irish Lions.

To understand performance in team sports you have to understand Social Identity – a long established and well researched psychological phenomenon that profoundly effects all teams, particularly those in sport. When players identify with their team, membership of it becomes part of their sense of who they are. They seek to raise self-esteem by positively differentiating their team from a comparison team on some valued dimension – usually winning. This drive for positive distinctiveness means that when team identity is strong (thinking ‘we’ and ‘us’ rather than just ‘I’ and ‘me’) players will put in extraordinary effort and endure great self-sacrifices to see ‘us’ as different to, and better than, ‘them’ to feel good about who they are and what they do.

This psychological shift from “I” to “we” depends on internalisation of membership into players’ self-concept. In our White Paper The New Science of Great Sports Teams we explain the conditions that make the internalisation of an identity more likely and many of these conditions exist on a Lions tour. In these circumstances, it is safe to conclude the Lions players will have identified with the team and displayed strong in-group favouritism – they have been thinking “we” not “me”.

But this isn’t the whole story. Another factor, crucial to identity formation and particularly relevant to the Lions tour, is direct comparison between teams, shaped by their relative status. Clearly, a Lions tour provides grounds for comparison and, despite its long history, the Lions have rarely won in New Zealand and are playing the current World Champions leading to a tangible difference in status. In this situation, team identity can be fragile and depend on three key elements: the perceived stability and legitimacy of the team’s position in relation to the opposition and the permeability of group boundaries.

When team members see status relations between teams as insecure and unstable they engage in social competition with a view to establishing themselves as superior on a status-defining dimension. In sport, status is defined by winning and teams battle for status superiority because they are confident that winning is possible.

However, if players begin to believe the relative status of the teams is stable, legitimate and unchangeable things change. Whilst the high-status team, after the first test the All Blacks, continues to describe itself on the status- defining dimension, “we are the best team”, the low-status team, the Lions, could become more likely to embrace a strategy of social creativity in which it begins to define itself on a new status-irrelevant dimension. In a study of players in an ice hockey team, in last place in a nine-team regional league (with 1 win and 21 losses), players saw their opponents as more skilled, but maintained positive distinctiveness and compensated for their lower performance status by proclaiming their opponents as more ‘dirty’ than themselves, an intriguing finding as the team had the second- worst record for “good behaviour” in
the league. 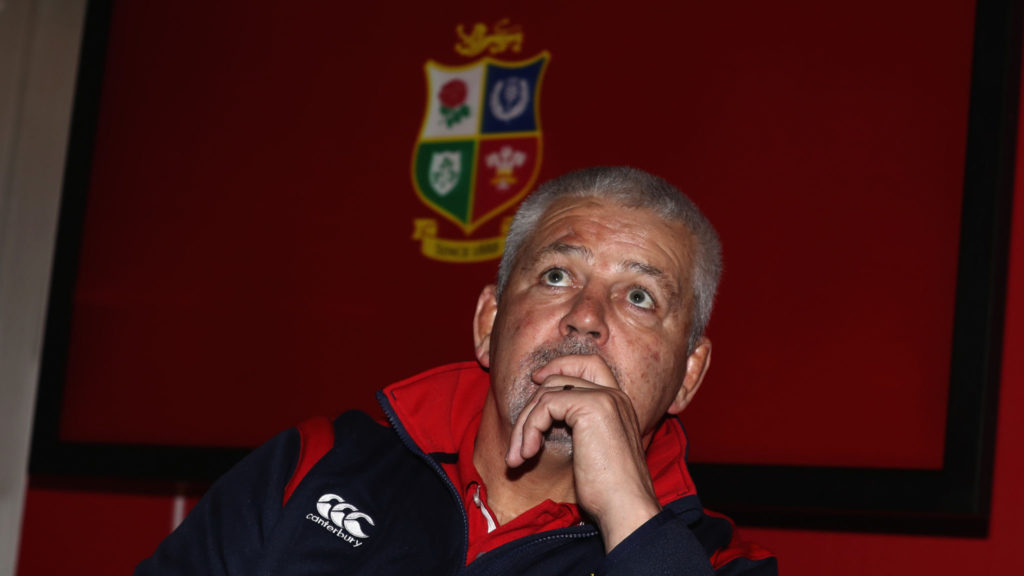 Sound familiar? Despite a final penalty count in the first test in Auckland of 11 against the Lions, to just 6 against New Zealand, Gatland persistently accused the All Blacks of dirty play. Initially, it was they cheated in scrums, last week it was blocking players off the ball and now it is dangerous illegal challenges on Connor Murray. What can we conclude? Mind games with referees or an indication that the Lions are beginning to redefine themselves as better than the All Blacks because they are fairer players? From press reports alone we can’t know, but if the latter, it suggests a subtle psychological shift from seeing the competition as winnable, to one in which their lower status is stable. If they begin to think they cannot win on the pitch they protect their self-esteem, but undermine their performance focused identity. These shifts are not overt and planned, but a result of the thinking strategies all humans use to preserve their sense of self-worth.

Low-status teams can engage in a strategy of social mobility

An alternative for low-status teams is to engage in a strategy of social mobility, disavowing the team identity and seeking to join the high-status group. This happens in professional sport in the transfer market, which makes the boundaries between teams permeable, but it is not an option for the Lions!

So, what is the alternative? If the lower status of the Lions appears unchallengeable an option may be to psychologically shift from “us Lions” to “us English”, “us Irish”, “us Welsh” or “us Scots”. This has long been a weakness of Lions teams that under pressure fracture along national lines. Gatland’s decision to bring in the “Geography Six” may have exacerbated that fracturing. Overlooking stronger English and Irish players to bring in four replacements from his own Welsh team and two Scots, because they were already in the area, led to howls of protest from ex-Lions at home, claiming it devalued the Lions. One can only imagine the conversations that went on in the Lions camp about national divisions, just at a time when these needed to be kept at bay. Was Gatland’s subsequent decision not to play the six, except as temporary replacements, an indication that social mobility along national lines was growing? If so, his decision to compromise and put the integrity of the Lions identity first was a good one.

The psychologically shift from “us Lions” to “us English”, “us Irish”, “us Welsh” or “us Scots” has long been a weakness of Lions teams

Our research has shown that with a good understanding of the mechanisms it is possible for a team to develop an identity that is so compelling that it mitigates against social creativity and social mobility, giving teams the resolve and resilience to keep on competing, even when the odds are stacked against them. Do the Lions lack this understanding?

We can only speculate about whether our interpretation of these tell-tales is correct, but if they are the Lions may have already lost some of their identity and research shows the consequences of low identity are more stress, less resilience, lower creativity, slower learning and worse performance. Lets hope that behind closed doors a different psychological dynamic is emerging.