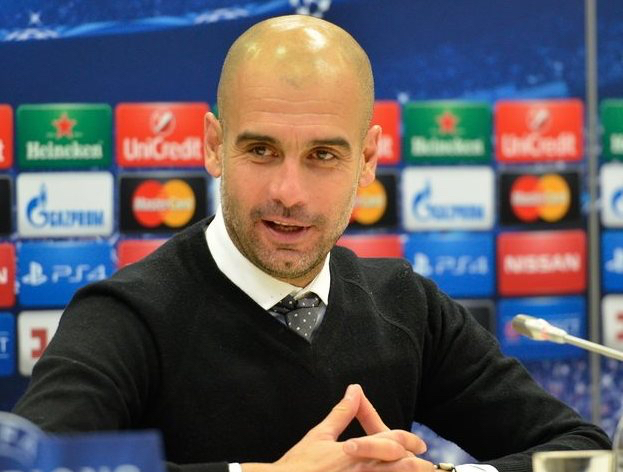 Pep’s City juggernaut inevitably claimed the Premier League title with five games to spare. Rarely has a team played with such conviction and attacking fluidity, and never has it exerted so much control over possession and territory. Yet, if we rewind a year, Pep was being chastised for being too rigid in his approach and urged to adopt a more pragmatic style. His refusal to depart from embedding a long-term identity has now reaped rewards. In this article, we assess how Pep managed to create a powerful identity for City, why this has been crucial to the team’s success and why the Sky Blues could go on to become one of the greatest Premier League sides in history.

Imagine a situation that happens 100 times every Saturday, a player is running in on goal. If they shoot, they have a 30% chance of scoring, but if they pass to someone else that person might have 60% chance. On the one hand, for the individual, it makes sense for them to shoot, but for the team, it doesn’t. What influences that decision? Under what conditions do people behave more functionally for the team? The answer lies in how the individual defines themselves. If they primarily define themselves as an individual, they will shoot. However, if they primarily define themselves in terms of their team membership, they will pass.

The second outcome occurs when the individual identifies as a team member – something psychologists call a ‘social identity’. This process of ‘social identification’ has a remarkable impact on team’s overall performance.

In a recent study we conducted in collaboration with Sussex University, team identity was shown to cause an increase in team performance by up 53%. Not a marginal gain, but the type of performance difference that can explain City’s dominance of the Premier League or even Leicester City title-winning campaign two years ago. The benefits of team identity do not stop at performance either. When a team has a strong and powerful identity, in which members internalise into their own sense of self, a number of things happen:

Team identity, then, has a real and measurable impact on players and teams.

Will they become one of the Premier League great sides?

In Leicester’s remarkable title-winning campaign, they also created an identity – in much the same way Manchester City are doing now. One obvious difference is the quality of the players at hand, which is down to the financial resources Guardiola has at his disposal. But there is another less obvious difference, which may also help explain why Leicester’s reign did not continue. For whatever reason, they diverged from their fast-paced counterattacking identity in the following season and purchased players like Slimani – a slow forward who was unable to counter-attack at pace. This suggests that, while Leicester was an incredible story, they created a strong identity without fully realising how or why it was so important.

In contrast, Pep has always placed the identity of his teams above all else. There’s a long list of experienced world class players who didn’t fit Pep’s playing philosophy. Deco, Ronaldinho and Samuel Eto’o were sent packing from Barcelona. In the middle of Bayern’s winning run, Mario Mandzukic – the Bundesliga’s leading scorer – was dropped and told that he would be replaced by Robert Lewandowski at the end of the season. At City, Joe Hart was quickly moved on and even Sergio Aguero occasionally relegated to the bench.

Players either adapt to the team’s identity, or they are shown the door. Under Guardiola’s helm, everything City does – from buying, selling, coaching and youth development – now centre around building a squad that wants to dominate the ball at every opportunity, or in Pep’s words “I want the ball for 90 minutes. When I don’t have the ball, I go high pressing because I want the ball.” Guardiola’s dedication to this identity has seen City set a new record for most completed passes (844) in a single Premier League game against West Brom this season and average 730 passes per match – a figure that wedges itself in between the Catalan coach’s peak seasons at Barcelona and Bayern Munich.

Creating a powerful identity that people want to be part of is so much more than merely a playing style though. Pep appears to recognise this by embedding a club-wide identity that could well future proof City’s identity for years to come. Our research shows that 89% of the motivation for people to identify with a team comes from holding just five shared beliefs. Having a distinctive edge in their playing style (the belief that their identity is distinctive), is just one of these five beliefs.

Another is the Belonging – the glue that binds the team together. Otamendi, one of City’s most improved players this season, says that behind the outstanding football, the cohesive atmosphere Guardiola has fostered is translating into success this season: “After the match we are obliged to eat together” he told Argentina’s Fox Sport Radio. The Argentine defender went on to say “Guardiola tells us that we all have to learn English… in December I have an exam.” This has enabled a multinational and diverse team to build personal relationships and feel more inclusive within the club.

While this might seem like a minor point when compared to Guardiola’s renowned playing style, the research evidence tells us that each of the five shared beliefs is a vital component of building a strong identity. You can read more about the psychology behind high perming teams and the other three motives in our White Paper here.

You don’t need City’s paycheque to create a powerful identity that will see your team perform beyond expectations (just look at Burnley). You don’t even need to be a sports team (we mainly work within business and military sectors). If you want to create a high performing team with a strong identity, here are a few options: