How We Would Fix Manchester United’s Identity Crisis 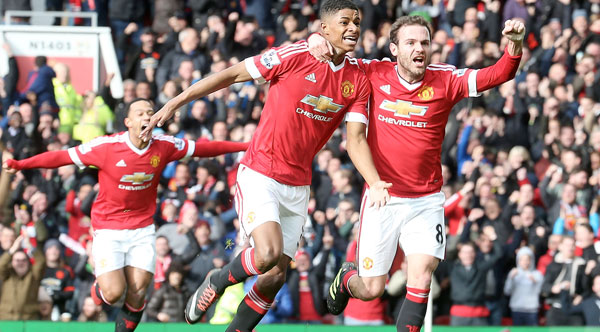 Sir Matt Busby, Sir Bobby Charlton & Paul Scholes recently accused Mourinho’s United of lacking an “identity”. But why is creating a team identity important? Does Mourinho’s United have an identity? And does this fit with the “Manchester United Way”?

Our research investigated the importance of team identity in over 50 teams, including Olympic, Premier League and military teams, in collaboration with the University of Sussex,. We found teams with a strong identity consistently outperformed those with a weak identity. Other research has found that team identity also improves resilience, decreases stress and develops trust and respect amongst team members.

Manchester United fans require more than just results; they demand a brand of football that defines who Manchester are – an identity based on attacking free flowing football. As iconic United Manager Sir Matt Busby explained to a fresh faced 15-year-old Sir Bobby Charlton on his arrival at Old Trafford “All those lads you see going to the factory in Trafford Park, they come to watch you on Saturday, they have boring jobs, so you have to give them something they will enjoy.” In contrast, Mourinho’s success as a manager has been with teams that have the kind of distinctive identity that was seen against Liverpool at Anfield on Monday night – resolute and meticulous defensive organisation that stifles the opposition into submission. The problem for Mourinho is that this isn’t the Manchester United Way, indeed, while a point away to strong Liverpool is hardly a poor result it is not what fans demand.

Mourinho then, appears to face a dilemma – attempt to appease the Old Trafford faithful and move himself into uncharted territory by developing a team with a distinctive attacking identity or continue with the team identity based on organisation and a resolute defence that has been the bedrock of his managerial success. He appeared to start the season attempting to create the former and banish the pedestrian possession based identity enforced by Van Gaal. Yet, following a string of mixed results, and based on what we saw on Monday night, it seems that Mourinho may have reverted to type. Indeed, no one could argue that the United playing style on Monday night wasn’t distinctive – Jamie Carragher described it as an “almost a 6-3-1″ formation.

If we were advising Mourinho and the United board, we would propose a different path. Our approach would be to connect the Mourinho Way with the United Way by finding the characteristics shared by these identities. To achieve this, you need a more sophisticated understanding of team and organisational identity.

Being part of the Old Trafford faithful means that fans identify with the team, it becomes an important part of their sense of who they are. This identification consists of a complex pattern of beliefs and attitudes that are internalised and create a compelling emotional connection. If you asked a United fan what is the United Way they would struggle to explain it because it is more than a simple style of football – it also involves aspects of, values and aspirations. To win the hearts of the fans, Mourinho needs to understand this identity.

We would conduct research with club grandees, iconic players, long-term club staff, as well as fan groups to develop a thorough and accurate description of United’s club identity. Then we would encourage Mourinho to use this in two ways. First, to make connections between his squad of players and their playing style and the traditional United identity. Highlighting characteristics where they are already shared and telling new stories to create a mythology about today’s team that demonstrates continuity between past, present and future. Second, to encourage the team to adapt and adopt the characteristics of the United identity into their approach to the game. To honour old traditions whilst introducing new ones, to bring the United identity to life once more.

From our research we developed TRIBE, a five-step process that enables teams to build a strong performance enhancing team identity. Repurposing old traditions and creating new ones that emotionally connect the team’s past to its future is the first step – Traditions is the T in TRIBE.

Of course, not everyone faces the public challenges of Jose Mourinho, but the principles that harness a strong identity to create resilient, high performing, great teams are the same in all organisations. We’ve used TRIBE to develop great teams in business, the military and sport in teams around the world and it will work for you too.

Jose, give us a call… and Gareth Southgate too! If your challenge is less public and high profile, why not conduct your own research and find ways to reconnect your team with its traditions? If you need help get in touch.